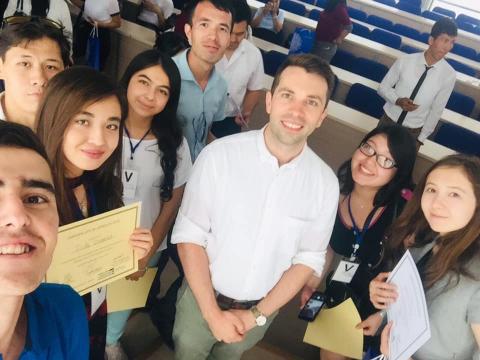 Unsure what to do with his life, Josh Gaston decides to become a teacher of English -- first in Asia and then in other countries around the world. His stories are about navigating the striking, but sometimes subtle, differences in local teaching practices and cultural norms. In Korea, for instance, where students were accustomed to lectures, he had to figure out how to get students to work in small groups.  In Uzbekistan, he wanted to give a voice to his female students, but his male students tended to dominate class discussions. He had to walk a fine line because his superiors warned him not to question local norms regarding gender.

Josh has no regrets about his career choice and encourages others to consider teaching abroad. But, he says, "Be prepared to have your world shaken a little."