Teacher of the Year, Sean Bui Gave Up a Law Practice to Change Lives 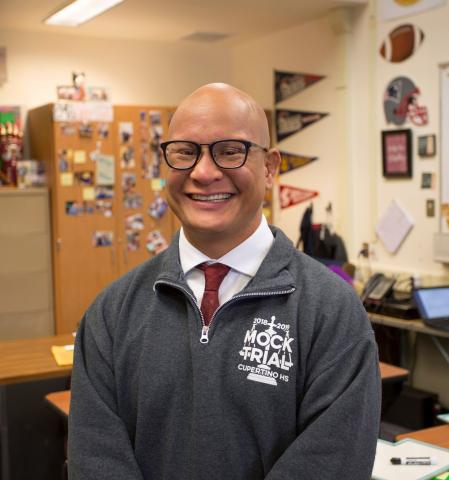 After practicing law for several years, Sean Bui, the son of Vietnamese and Filipino immigrants, suddenly realized that he didn't love his job. What he really wanted to be was a teacher and to make a difference in young people's lives. But this career shift presented a daunting challenge. Growing up, Mr. Bui's parents and grandparents had only endorsed three career paths -- medicine, engineering, and law.  And now, after successfully following one of them, he wanted to quit to become a teacher. Telling them about his decision was "one of the scariest conversations I've had in my life," Mr. Bui said. But to his surprise, they and his wife (also a teacher) wholeheartedly supported his decision.

Several years later, as a teacher of business law and English Language Development (ELD) in a Bay Area high school, Mr. Bui is recognized as one of California's teachers of the year. Three of Mr. Bui's students share appreciations in this episode, making it clear why he deserved this award.