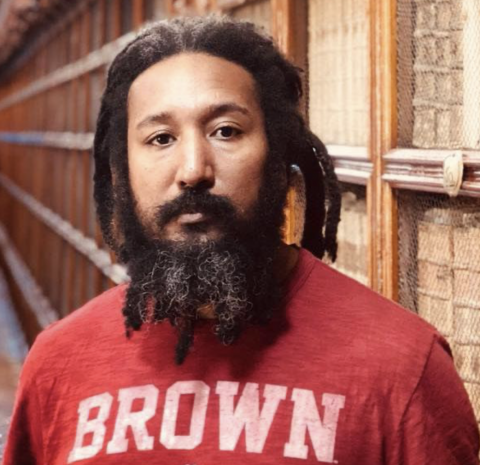 Malik Boykin (aka Malik Starx) is an accomplished musician and a professor of psychology at Brown University where he teaches a course on stigma and prejudice. Boykin shares two transformational teacher stories--the first from second grade when he was sent to the principal's office for raising questions about Christopher Columbus. His second story is about Dr. Jaia John, his social psychology professor at Howard University who carved out time at the start each class for students to share a poem, a personal story, or even a musical performance that had some relation to the course content.

Inspired by Dr. John, Boykin became a social psychologist and, like John, encourages his students to share something personal at the start of his classes.

One of his students, Gabrielle Tanksley, describes what it's like to be one of Boykin's students, and she reads an extraordinary poem she shared recently in class.

Starx wrote and performed "Dancing for Freedom," the soundtrack played in this Teacher Story episode. At the end, he describes the inspiration for the song.