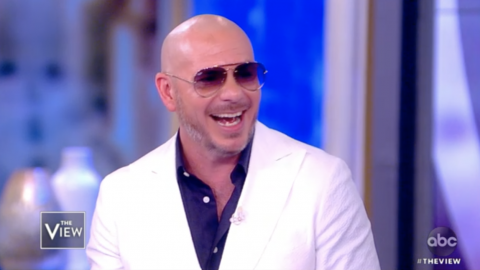 The internationally recognized artist admitted that there was one teacher who made an impact on his life, though. Her name is Hope Martinez, and she gave him advice that he says he's carried with him ever since.

"She told me, 'The biggest risk you take is not taking one,' and I always thought about that," he said. "It stays in my mind. So any time I feel a little iffy about something, I just think about her."

Thanks in part to the guidance his immigrant parents and Martinez gave him, Pitbull is not only a musician who has sold 80 million singles and topped the charts in 18 countries, he's opened 10 charter schools that have educated a total of 10,000 students.

Story Tags
Teaching
Link to story
Pitbull on living up to his Cuban parents' American dream: 'You gotta take full…