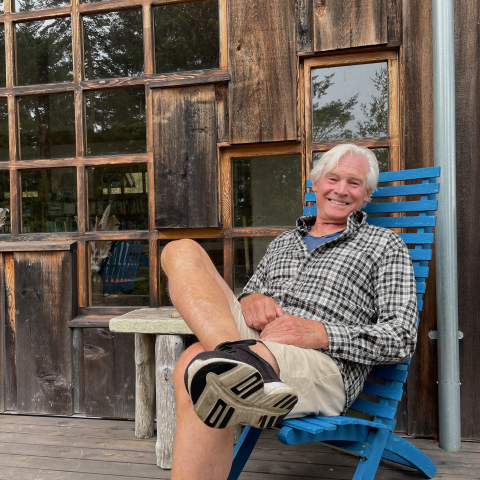 Geoff Prentiss attributes much of his success as an architect to his "enigmatic" college professor of design, Leslie Laskey, with whom he stayed connected for nearly 50 years. "Frightening" is how Prentiss described his first class with Laskey, but he was intimidating because "he wanted you to be open to things you didn't know."

"He was a great teacher," Prentiss says, "because he focused on the the big picture, which is about awareness and perception and moving the creative ball forward...and you and how well you were doing it."

Laskey died two months before this recording at the age of 99. Reflecting on the loss, Prentiss says, "His presence, that teacher, that person who was so strong and manipulative in his own way, charming, caring in how own way, he'll never go away...The important think is, 'How do I carry that forward in my life?'"

More information about Laskey: "47 Views of Leslie Laskey," a documentary by David Wild on Vimeo.